Following on from one of our children’s next steps, our Bumblebees room took part in making play dough from scratch. They used spoons and cups to measure the ingredients and mix them all together. As they were scooping up the flour, the children counted how many spoons they needed and then added the salt. Some of them wanted to touch the ingredients and commented how the flour is “soft” and the salt is “hard.” After adding the oil, the children said that it became sticky and as some of them mixed the mixture with their hands, they showed them up and said that their hands look like a “monster.” When the playdough was ready, the children discussed between themselves and with the practitioner how it was “very green” and “squishy!” We had more objects on the table to add to the play dough and the children started exploring what they were and thinking of ways to combine them. Some of the children created monsters and aliens, others worms and cakes. Our Bumblebees children really enjoyed making the playdough themselves and they used lots of speech to describe what they were doing and what they were making. They expressed their imagination with their creations and were able to describe their ideas.

Playdough is one of those magic elements, which can be used in supporting children’s development all around. Some of the benefits from playing with playdough are:

Most importantly playdough is lots of fun and a great tool for all multi-sensory development play.

Food is very much at the heart of what we do across our family of nurseries. Our role in caring…

Independence is a very important life skill. It allows children to achieve success on their own and develop a sense… 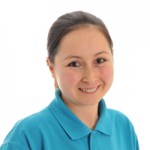